The birth of biological Twins, past and present, is never a humdrum event.  Twins are blessed, or cursed, with a special energetic charge.  Harris rightly acknowledges that, even in those cultures wherein twins are revered, their elevation to divine status appears to be fueled more by fear than by admiration.  The fear instilled by the uncanny birth of twins is often so well entrenched in a culture that any number of excuses for banishing or disposing of them are promulgated.  Customary in many cultural histories is the practice of sacrificing one twin, typically the second born, and preserving, or even deifying, the other child.  Favored rites of twin sacrifice involve abandoning the child to the elements or burying the infant alive in a special clay pot. 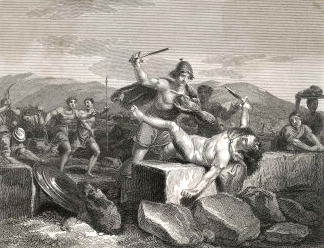 Murder of one or both siblings is common, is the regular sacrifice of the twins’ mother or, should her husband retain a liking for her, of a slave woman in her place.  The additional punishment extended to the twins’ mother in many cultures appears to ensure from a common understanding that the habit of one birth at a time regularly distinguishes humankind from other animals.  That the mother, through some unnatural offense, made herself akin or available to a lower order of animals is deemed deserving of severe and equally unnatural punishment, as by death or banishment to a “twin-town.”  A misunderstanding of biology also accounts for the common belief that the birth of twins could only result from a “dual paternity.”  This scenario has generated numerous legends of twins born of a divided immortality, one infant fathered by a mortal, the second by a good or evil divine spirit.

The wide distribution and central importance of Twin myths in native North and South American cultures encouraged anthropologist Paul Radin to consider the Twins “the basic myth of aboriginal America.”  Moreover, in researching Indo-European cultures, mythologist Jaan Puhvel has suggested that the Twins represent “the deepest layer” in our “mythological layer cake.” 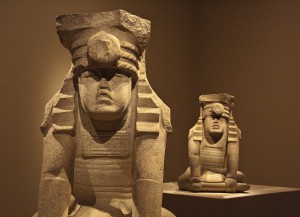 When I began researching twin legends, my investigations were primarily limited to considering the centrality of Twinship in the formation of masculine gender identity.  This research led me to catalog a wide variety of myths documenting the adventures and travails of Twin brothers.  Indisputable parallelisms abound to apparently unrelated twin legends in widely separated cultures, supporting the great archetypal importance of the Twins in male mythology.

Twin male heroes appear in the mythologies of virtually everynative culture: Mayan, Egyptian, Burman, African, Roman, Greek, Brazilian, Judeo-Christian.  Male Twins often appear as the two creators of this world.  As with historical records of twin births, the parentage of mythological Twins typically involves a common mother and a dual paternity which endows one Twin with divine immortality and the other with earthbound aspects of mortal existence.

The dual creator motif has been explored in some depth by Marie-Louise Von Franz, who has suggested that the Twin Creators embody a “pre-conscious totality” which includes all the archetypes.  Von Franz further suggests that the Twins contain the full range of multiplicities that characterize the single creator in our monotheistic culture. The unmediated coexistence suggests that the consciousness itself entails an awareness of the “twin” nature at its very core.  Together, they embody that fundamental dichotomy, which Jung described as “the primary pair of opposites, consciousness and unconsciousness, whose symbols are Sol and Luna.”

Although Jung adhered to contrasexual terminology, he was well aware of the constrictions implicit in assigning gender labels to solar and lunar principles:

The symbolic union of Sol and Luna in their primordial grace, free of subsequently ascribed gender labels, emerges in the archetype of the Twin brothers.  Myths of Twin males nearly always endow one Twin with the active “solar” attributes and the other with more amorphous “lunar” characteristics.  Joseph Campbell’s first published commentary on the legend of the Navaho Twins remains perhaps the best, most succinct description of the solar/lunar Twins’ relationship:

The Two, Sun-child and Moon-child, antagonistic yet cooperative, represent a single cosmic force, polarized, split and turned against itself in mutually supplementary portions.  The life-supporting power, mysterious in the lunar rhythm of its tides, growing and decaying at a time, counters and tempers the solar fire of the zenith, life desiccating in its brilliance, yet by whose heat all lives. 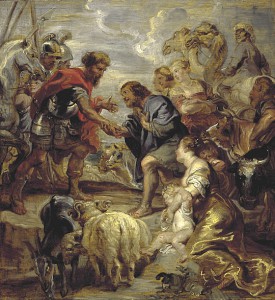 We find this solar/lunar dialectic duplicated over and over in Twin myths.  The patriarchal myths with which we are most familiar – Romulus and Remus, Jacob and Esau – usually portray the Twins as antagonistic.  Typically, the Lunar Twin is slain in favor of the Solar Twin.  Up to now, our culture has hailed only the Solar Twin as its prototype of masculinity, consigning the Lunar Twin to impotence and oblivion.  The character of this lunar companion spirit has become a mystery to us, having been eroticized (and devalued) as homosexual or feminine.  The sacrifice or suppression of the Lunar Twin runs so deep in our culture that most of us are unaware that nearly every central male hero figure was originally a Twin.  Even Hercules, the quintessential patriarchal Solar Hero, was born with a lunar Twin named Iphicles.  An additional large body of Twin myths also exists depicting Twins who work in accord, as is generally the case with Twin male creators.  In fact, the phenomenon of twinship is so pervasive in male creation mythology that Jungian analyst Edward Edinger has stated conclusively: “the ego destined for individuation is born as twins.”