In the cosmogony of many archaic cultures, the fundamental duality of life is associated with the two primary sources of light, the sun and the moon.  Each exercising dominion over a separate sky, yet joined in a daily round of death and rebirth, Sun and Moon historically represent the central organizing principles around which many creation myths and religious motifs assemble. 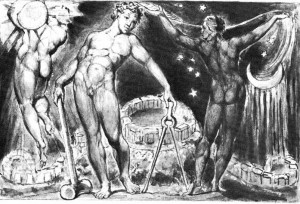 The figures are Urthona, Los, and Enitharmon, with solar and lunar emblems of their labors at the “furnaces” and “looms” of generation (18 Serpent temple: Jerusalem (1804-1820), plate 100)

However, since the Greek and Roman traditions have come to dominate our mythology, the primary “solar” and “lunar” polarity has in Western culture usually been represented as “masculine” and “feminine.”  Those qualities associated with “solar psychology” – clarity, willfulness, competitiveness, endurance – have been labeled “masculine.  The “lunar qualities” – tenderness, receptivity, intuitiveness, compassion, emotional availability – have been conversely designated “feminine.”  Interestingly, prior to the ascendancy of patriarchal traditions, most mythologies considered the solar principle feminine and the lunar principle masculine.

Both solar and lunar principles emerge in the same-sex archetype of male Twins.  The Twins archetype functions to acknowledge the lunar principle as masculine and to personalize “solar/lunar” psychological and behavioral principles in the male psyche.  Our recorded mythologies feature and extraordinary number of twin boys.  Instances of female twinship are much less common, prompting us to consider the significance of the Twins first within the context of male psychology.

The solar/lunar male Twins serve to make us conscious of the psyche’s tendency to “pull” in two seemingly contrary directions.  Seeing these paradoxical forces as solar/lunar Twins, rather than as masculine and feminine “opposites,” allows us to understand their symmetrical nature.  The solar/lunar Twins represent an integral masculine unity which, like the sun and the moon, reveals itself in a cyclical fashion, showing first one variance, then the other. 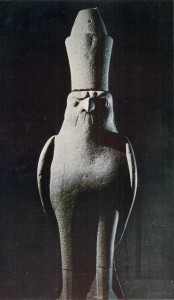 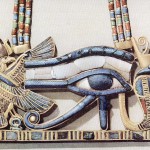 The special dual perspective the Twins bring allows us a fresh look at the solar/lunar axis that defines the core structures of each and every archetype without restrictive cultural and gender distortions.  For example, Egyptian myth depicts this essential twin-perspective in Horus the hawk, whose final transformation gives him a sun-eye and a moon-eye.  When we can look at the raw material of an archetype through this dual solar/lunar lens, our ability to take inventory of its energetic potential expands dramatically.  An awareness of its fundamental two-sided nature allows us to see not only the outer functions of the archetype (that is, how it reacts and responds in relationship to outer stimuli), but also the interplay of inner dynamics that generate the archetype’s own unique energetic charge.

The birth of male Twins demands special notice, particularly since, in the archetypal family as in life, there is no obvious “reason” or “need” for Twins to be born.  Within the Self, the Twins occupy a unique position.  Unlike other members of the archetypal family, the Twins are not always among the central characters in the family drama.  Their presence, therefore, invariably conveys an aura of the unusual, the odd, the immanent.  Traditionally, Twins are at once honored and feared, their coming eagerly anticipated or anxiously dreaded, their arrival either joyously proclaimed amid much fanfare or surreptitiously swept under the rug and forgotten. 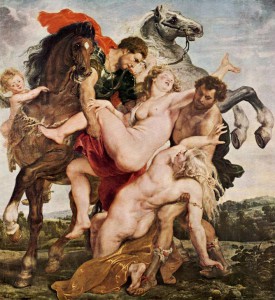 The muscular twins, Castor and Pollux 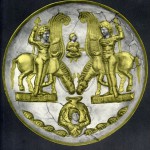 The antiquity and wide diffusion of Twin myths and their influence on religions and cultures throughout history present a tempting opportunity for long and satisfying study to those of us foraging for cross-cultural evidence of universal archetypes.  Perhaps the first male twins that spring to mind are the Gemini twins of the Zodiac, Castor and Pollux.  We are also quickly reminded of the twin founders of Rome, Romulus and Remus, and of the biblical pair of hostile twin brothers, Jacob and Esau.  But even slight investigation of the historical Twins makes it immediately apparent that we are dealing with a phenomenon that occurs much earlier than its inscription in familiar myths.  In fact, their position amid the stars of the Zodiac may be among the very last of homages paid the archaic Twins.

Historically, biological Twins of all three gender combinations, along with their attendant mystique, have long commanded the attentions of anthropologists who inadvertently bump up against the peculiar array of traditions and taboos surrounding twin births.  Anthropologist J. Rendel Harris’s formidable body of research in the area of twin cults lists in extensive and intriguing detail the host of rituals inspired by twin worship and defamation. It is worth noting a few of those ceremonial rites here, as they lend insight into patterns that also emerge cross-culturally in myths of twin siblings.