“The perception that masculine and feminine traits represent oppositional forces has contributed to a long history of personal and cultural dysfunctions. Through a skillful interweaving of modern psychology, mythology and ancient history, Howard Teich, PhD offers a thought provoking thesis that these polarizing traits are actually cooperative partners in evolution’s dynamic dance. Solar Light, Lunar Light is a healing journey that encourages readers to transcend misperceived limitations so that we may write a new empowering chapter in human evolution.”

–Bruce H. Lipton, Ph.D.
Cell biologist and bestselling author of The Biology of Belief: Unleashing the Power of Consciousness, Matter and Miracles and coauthor with Steve Bhaerman of Spontaneous Evolution: Our Positive Future (And A Way To Get There From Here)

“This is a significant, life changing book. Howard Teich’s work is crucial to understanding and healing the damage our rigid ideas of gender have done to us all, women and men alike. This is a book that can change how you see every problem you encounter and point you toward deeper more creative responses. Here is a psychology that has the potential of restoring us all and our world to wholeness.”

“Howard Teich has discovered a brilliantly simple and invaluable way of helping men and women move towards wholeness and healing. With vivid examples from his therapeutic practice and from his own life, Solar Light, Lunar Light presents Teich’s pioneering development of the solar/lunar polarity, and his sharp distinction of this from the masculine/feminine polarity with which it has long been uncritically and often destructively conflated. Recognizing this distinction, and moving towards a deep integration and rebalancing of the solar and lunar principles, represents a crucial task not only for every individual but for our civilization.”

–Richard Tarnas
Professor of Philosophy and Psychology, California Institute of Integral Studies, Author of The Passion of the Western Mind and Cosmos and Psyche

“Howard Teich has created a skillful and sensitive therapy based on the solar and lunar archetypes. His work is a fascinating enrichment of Jungian psychology that combines modern scientific theory with his own personal experience of emotional crisis. Solar Light, Lunar Light is a significant contribution to contemporary psychotherapy.”

–Theodore Roszak
Professor emeritus of history at California State University, Haward. Author of The Making of a Counter Culture and The Voice of the Earth

FREE SAMPLE from : Solar Light, Lunar Light: Perspective on Human Consciousness  Three things cannot be long hidden: the sun, the moon, and the truth. - Buddhist saying There will be no peace in the battle of the sexes and no ecological sanity ... 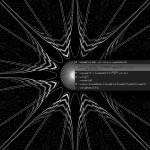 This is a laptop screen capture using the Mac program 'Grapher' which comes as a free utility built into OSX. The screen capture is sped up from about 1 hour and 40 minutes, into about 3 minutes, so it's playing at approximately 33 times faster than...

Twinship in mythic heroes is so pervasive that Edward Edinger has asserted that “… the individuated ego is destined to be born a twin.”